In-store or retail-based clinics can be found in drugstores, supermarkets, and discount stores across the nation.  Located behind aisles of commercial products they promise one-stop shopping for you and your children.

These clinics are staffed by physician’s assistants and nurse practitioners with no on site supervising physician.  Their training may or may not have given them sufficient experience to independently diagnose and treat a child or manage the medical complexities of a sick adult.

Knowledge, information, prevention, and continuity are essential for proper health care.  Our physicians are constantly engaged in training and recertification.  We maintain your medical records.  We build them, access them, and learn from them every time you call us or come to the office. They are central to establishing safe and effective treatment.  Our attempts to prevent diseases from whooping cough to heart attacks can border on annoying.   We have always had extended office hours and our doctors are on call 24/7/365.   Retail-based clinics do not offer a comparable degree of expertise or skill, do not practice preventive medicine, and do not have access to your medical records.  They do not coordinate with us. They are designed to deliver episodic, discontinuous care and are not a suitable “medical home” for you or your child.

We object to using medical care as a loss leader for over-the counter cold medications, contraceptives and male potency enhancers, vitamin/mineral supplements from A-Z, and mouthwash/bodywash/eyewash.  We also find an ethical conflict in prescribing the medications you sell.

The American Academy of Pediatrics (AAP) and the American College of Obstetricians and Gynecologists(ACOG) have released current recommendations on laboring and delivering in water in the April 2014 print issue of Pediatrics. In a joint clinical report published online on Thursday, March 20, “Immersion in Water for Labor and Delivery,” both the AAP and ACOG determine that undergoing the first stage of labor in a birthing pool may offer some advantages, such as decreased pain and shorter labors. However, immersion in water during the second stage (underwater birth) has no proven benefit to mother or baby, and can pose serious and sometimes fatal health risks.

The safety and efficacy of underwater birth has not been established, and it should be considered an experimental procedure that should only be performed within the context of an appropriately designed clinical trial with informed consent. Immersion during labor and delivery should not prevent or interfere with the use of maternal or fetal monitoring equipment.

The AAP also issued guidance for parents and doctors

Studies in North America and Europe found a 10% decline in the number of premature births and hospital visits for asthma attacks a year after laws banning smoking in public places were implemented.  According to Jasper Breen, lead researcher, “Our research shows that smoking bans are an effective way to protect the health of our children.” The findings were published in The Lancet.

Meanwhile, the Federal government is looking for ways to control the use of electronic cigarettes, also called e-liquid, especially among teens. At present they are unregulated and can carry potentially lethal risks for children.

A March study in the journal JAMA Pediatrics reported that 3.3 percent of 6th to 12th graders said they’d tried e-cigarettes in 2011. In 2012 the number more than doubled, to 6.8 percent. Using data from the Centers for Disease Control and Prevention, the study found kids who tried e-cigarettes were more likely to try real cigarettes than those who hadn’t.

On Feb. 26, Senator Barbara Boxer introduced the Protecting Children From Electronic Cigarette Advertising Act of 2014, the first of what is likely to be many bills meant to control the sale of the product.  Shades of candy cigarettes and Joe Camel, the legislation seeks to make it illegal for companies to target minors. It directs the Federal Trade Commission to define what constitutes marketing to children and gives it authority to work with state attorneys general to enforce banned practices with fines.

The bill’s sponsors say its obvious companies are targeting teens with ads and with e-cigarettes that come in bright colors and candy flavors. But it’s not clear that Congress can dictate what colors a product can come in, how it tastes, or which ads are acceptable-particularly for those e-cigarettes that contain no nicotine. In 2012 a federal court knocked down a ban on colorful billboards and print ads for conventional cigarettes as being “vastly overbroad.”

Poisonings, including drug overdoses, caused most injury deaths among 25- to 64-year-olds in 2010, while motor vehicle crashes were the leading cause of unintentional fatal injuries among young people, according to a National Safety Council report. Since 1999, the incidence of falls among seniors rose by 112%, with more than 21,600 older people dying in 2010 from injuries sustained in a fall.

A Safe Kids Worldwide survey of 1,000 grandparents who watched over their grandchildren younger than age 5 on a regular basis found that 28% of them reported keeping their medications in easy-to-open containers, with 42% of those storing the drugs in places such as kitchen and bathroom counters. Medications should be stored “up and away and out of sight” so as to avoid child poisoning, CDC’s Dan Budniz said.USA Today (3/12).  Remember to bring us your excess or outdated medications for safe detoxification and destruction

Several months ago Plaza Family Care was invited to submit data on infant immunization rates to The HORIZON Foundation for New Jersey and the New Jersey Immunization Network.  We want to share the results and their comments, and thank you for making it happen.

Outstanding work!! Thank you for participating in this program.

We would like to believe that our vaccination rates for adolescents and adults are as robust as those for infants, but that would be wishful thinking.  Influenza for older children and adults is an annual battle, Gardasil (HPV) and Menactra (meningitis) for teenagers can be a tough sell, and the booster dose for Varicella (chickenpox) still meets resistance.

For what feels like the billionth time; influenza vaccine doesn’t give anyone flu.

Australia requires universal administration of Gardasil for its children. The success of their vaccination catch-up program has given the country a trove of real-world data on the effectiveness of the vaccine. Based on current information, researchers have estimated the vaccine halves the risk of young women developing HPV related high-grade, pre-cancerous cervical abnormalities.  The data is preliminary and expected to show even stronger benefit with the progression of the study group into a cancer risk age in 10-20 years. Australia’s daughters and wives will live longer and be healthier than ours.

In the decade after Merck introduced its chickenpox vaccine in the U.S. the proportion of infants immunized against the virus rose to almost 90%. Yet children receiving a single dose of vaccine continued to catch chickenpox and the virus even killed two immunized people. In 2007 The Centers for Disease Control and Prevention (CDC) recommended a two dose protocol with a 67%-76% decline in disease incidence and outbreaks.

Immunization is the cheapest, safest, most “natural” way to prevent disease and death.  One day we would like to have survey results for teenagers and adults as good as the ones for our infants.

Best wishes for a joyous Easter and Passover from all of us at Plaza Family Care. 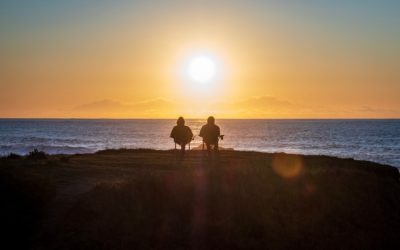 All of us at Plaza Family Care would like to wish Dr. Patrick Caruso a healthy and pleasurable retirement. ... 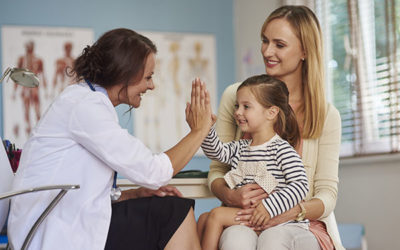 We'd like to welcome Ankita Trivedi, MD to our Pediatric Department! For more information about Dr. Trivedi as well as... 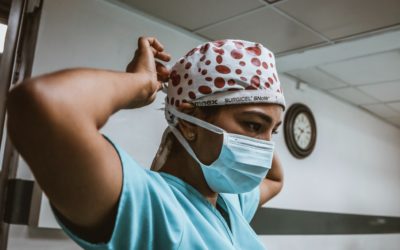 Ongoing Updates During this public health crisis, it is critical that medical care is informed by evidence and data....